Taylor Swift Allegedly Planned To Come Out As Bisexual In 2019

Taylor Swift TikTok is buzzing with a revelation from a staffer who used to work for an LGBTQ nonprofit in New York. His high-ranking boss revealed to him that Taylor Swift was allegedly planning to come out as bisexual at the Stonewall Inn in June 2019. She apparently commissioned a rainbow dress from designer Christian Siriano for the occasion. However, June of 2019 was also when Scooter Braun revealed to the world that he acquired Swift’s masters. To prevent him from profiting off the additional streams of her music that any public coming-out would bring, she allegedly decided to stay in the closet until she rerecorded her albums.

Just a rumor, right? Except that Christian Siriano himself made a TikTok in which he seems to confirm this.

Okay, let’s break this down. So, in June of 2019, Taylor was preparing for the release of Lover. She released her single “You Need To Calm Down,” in which she and several openly gay celebrities celebrate Pride. Her hair is dyed purple, blue, and pink — the colors of the bisexual pride flag. 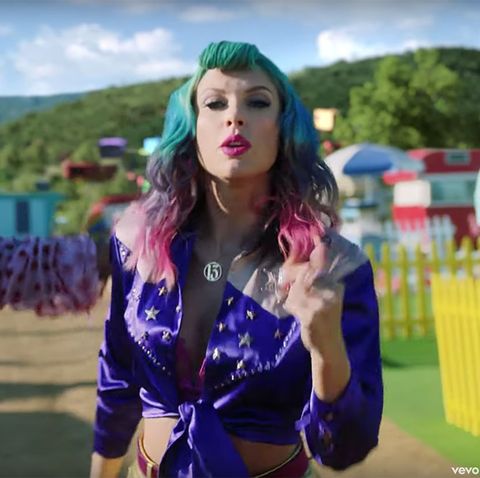 Swift also performed at the Stonewall Inn that summer. Many LGBTQ people criticized this, since a straight person encroaching on a gay space during Pride is generally a no-no. But…what if she was not a straight person after all? Fans of Swift already had a bunch of seemingly unfounded theories about “Gaylor” ranging from her use of rainbow imagery in her Lover era to the theory that she was secretly dating Karlie Kloss.

Billy Porter appeared at a Pride event in NYC wearing this rainbow dress by Christian Siriano. The right side of the dress appears to have a nude panel sewn in that is a much lighter skin tone than Porter’s skin. The panel also appears to be ripped, as if it were strained at the seams. It makes sense that the dress would have been a better fit in size and color for Swift. 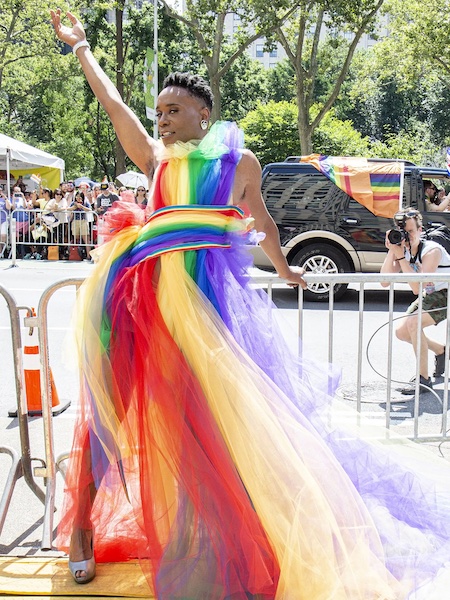 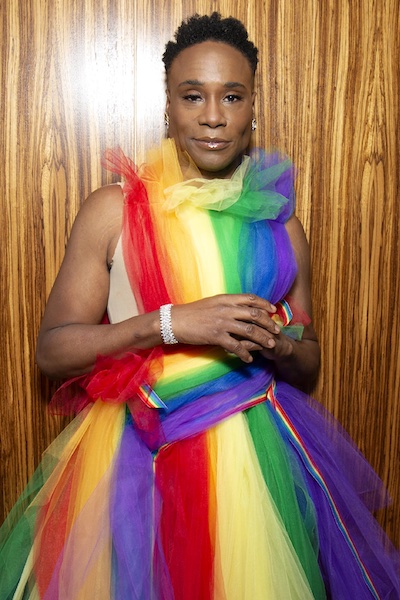 Still just a theory, right? Except that Christian Siriano made a TikTok duet in which he deliberately sips a cup of tea while standing in front of that very same dress.

He had also confirmed that he was working on a project for Taylor Swift. He told this to E.T. reporter Katie Krause Morton, who tweeted about it in 2019. She ended the tweet with pink, purple, and blue emojis — the colors in the bisexual pride flag.

Christian Siriano tells me he IS working on something for Taylor Swift… but won’t say what. And he reacts to me showing him that pink tulle hint on her IG… in the best way 😹💗💟🦋 #TaylorSwiftApril26 @etnow pic.twitter.com/9lrQP3Xg76 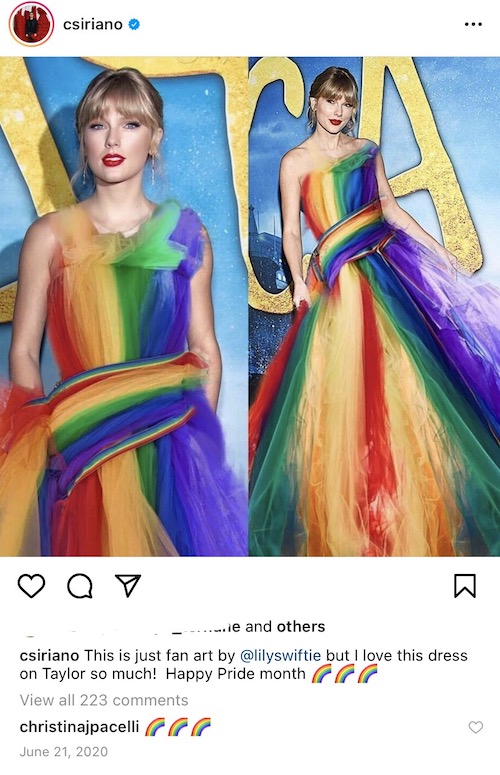 If Swift is waiting to come out until she rerecords her albums, she would have a very clever strategy on her hands. For instance, her third album is titled Speak Now. If she came out, she could title her rerelease Speak Out, or Out Now. Her preceding album is Fearless — she could tie in the album title while the world praises her fearlessness in coming out.

What do you believe?